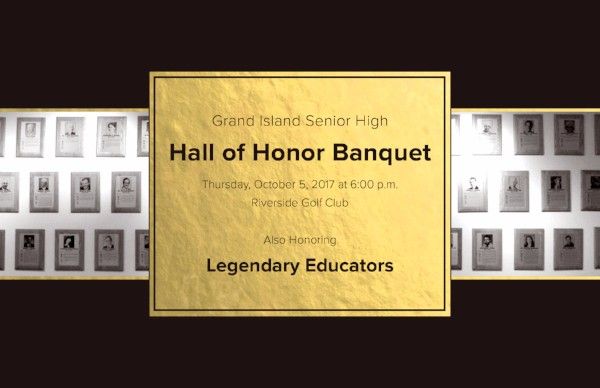 The evening's festivities will begin at 6 p.m. Oct. 5 and include a reception, dinner, and program.  Tickets are $40 per person if purchased by September 30, and $45 per person thereafter.  Tickets can be purchased at the Grand Island Public Schools' Kneale Administration Building, 123 S. Webb Road.

The Hall of Honor banquet, induction, and celebration takes place every two years. The Hall of Honor, started in 1983, recognizes Grand Island Senior High School alumni who have made a significant and lasting contribution to the betterment of society. Nominees must have graduated more than 20 years ago from the high school.

Complete biographies and photos of the inductees are available at the following link: http://www.gips.org/foundation/programs/hall-of-honor.html